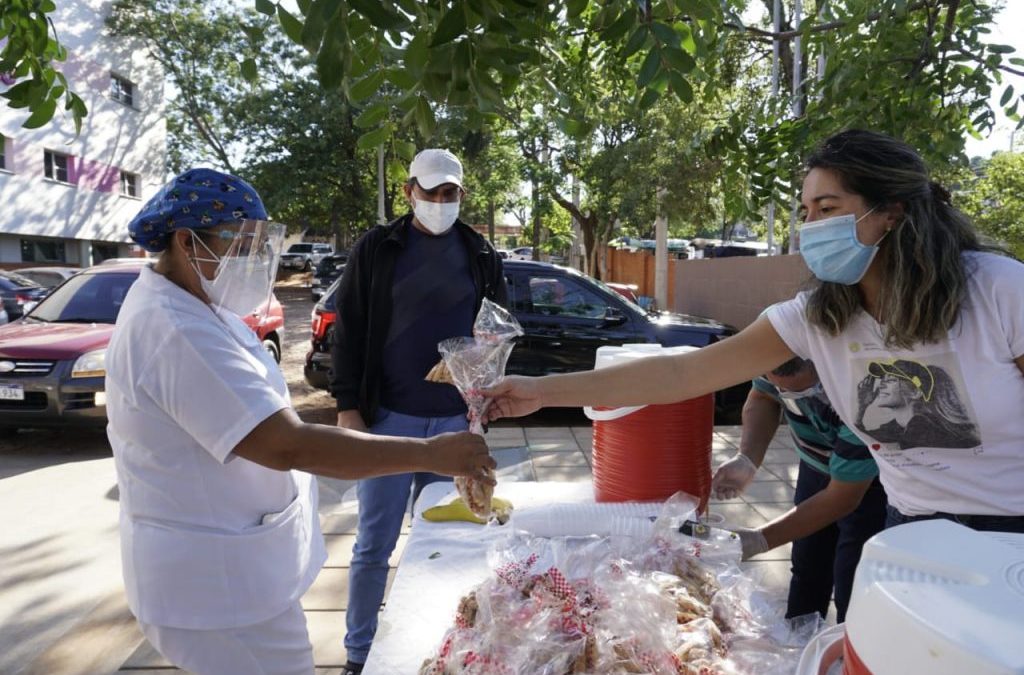 The institution carried out solidarity initiatives in the context of the Covid-19 pandemic, at a time of significant increases in the number of infections and deaths as a result of the disease.

Paraguay is going through a third wave of COVID-19 with a significant upturn, while at the national level the same high plateau continues, with around 14,000 cases per week, according to official sources from the Ministry of Public Health.

Public and private hospitals are overcrowded with patients and the number of beds in the Intensive Care Unit (ICU) is at an all-time high. In view of this sad reality and in response to the various recurring needs incurred by the families of patients for the treatment of the families hospitalised in the different health care centres, the FJRE team made a modest contribution which was applied to solidarity and healthy breakfasts for the families of patients who are waiting for news of their hospitalised patients. In addition, fixed or conventional stretchers were donated to the Hospital de Clínicas and the Hospital de Barrio Obrero.

On 30 March we offered the first healthy breakfast for about 100 people. On the same day stretchers were delivered to the Hospital de Clínicas (San Lorenzo) and the Hospital de Barrio Obrero (Asunción). On the 20th of April again a team of the foundation was present in front of the contingency ward in the Hospital de Villa Elisa and also in the Hospital San Pablo de Asunción, providing the second batch of breakfasts for more than 150 people.

The Rassmuss Foundation is grateful for the valuable support of generous benefactors who contributed to this initiative in such difficult times.

In 2020, at the beginning of the pandemic, the FJRE led an important support campaign, gathering the support of 10 banks and an equal number of generous benefactor families, donating US$ 140,000 worth of supplies to the Ministry of Health.